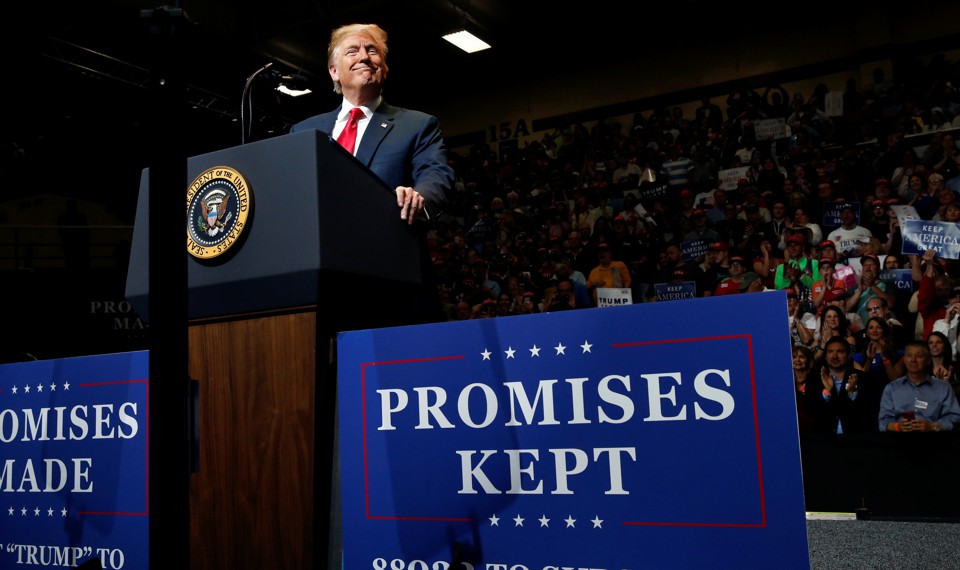 Early in his Thursday-night rally in Elkhart, Indiana, President Trump had a special treat for Hoosiers: He was going to make them the first to hear the tagline for his reelection campaign.

“By the way, this is the first, for Indiana,” he confided. “Our new slogan for 2020. You know what it is? ‘Keep America Great.’ Because we’re doing so well that in another two years when we start the heavy campaign, ‘Make America Great Again’ wouldn’t work out too well.”

The crowd cheered, and the press dutifully reported that the president had revealed the new slogan.

But wait a second—that’s not quite right. Didn’t Trump announce his new slogan exactly two months prior, on March 10, in Moon, Pennsylvania? Trump said he was revealing “Keep America Great” then, too, earning the same dutiful headlines. In its writeup, the Washington Examiner focused on how Trump had emphasized the exclamation mark at the end of the phrase.

But wait, that also sounds familiar. Days before his 2017 inauguration, Trump sat for an interview with Karen Tumulty of The Washington Post, in which he triumphantly described how he’d come up with the “Make America Great Again” line. (In …read more