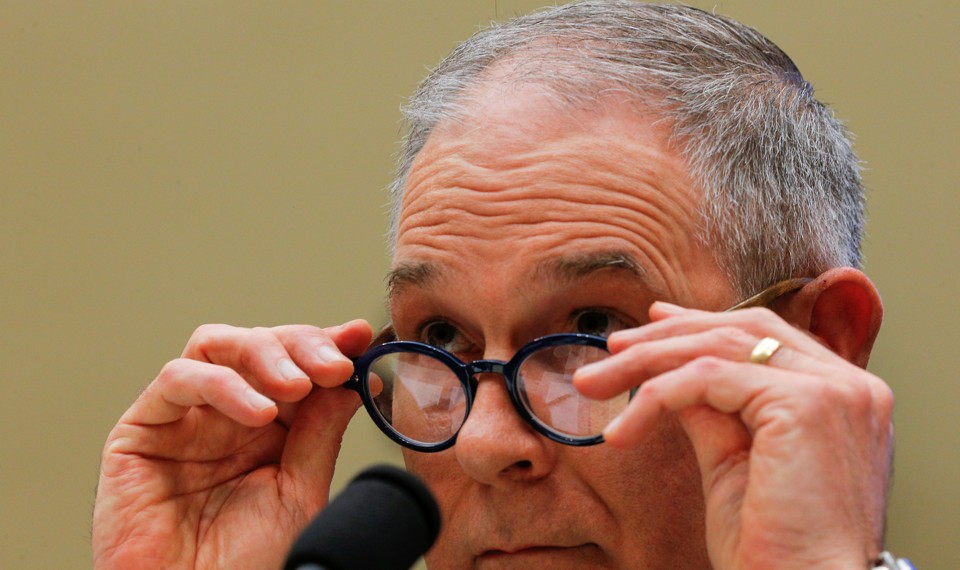 During testimony before the House Committee on Energy and Commerce, Environmental Protection Agency Administrator Scott Pruitt described a new proposed rule that would require the agency to publish the data behind all studies used to guide clean-air and clean-water regulations.

“It seems to me it’s common sense that as we do rule making at the agency, we base it upon a record, scientific conclusions, that we should be able to see the data and methodology that actually caused those conclusions,” Pruitt said. “We’re agnostic about who adopts the study.”

As my colleague Robinson Meyer wrote earlier this week, the rule threatens to upend the environmental rule-making process. A cynical (and perhaps accurate) reading would be that Pruitt is seeking to sandbag clean-air and clean-water rules. Even so, taking Pruitt at face value shows that the proposed rule fits into a vogue in certain conservative circles for what might be called DIY analysis. It is less a rejection of scientific evidence than a rejection of scientists’ analysis of evidence, partnered with a belief that anyone can, and should, do the analysis himself. This mind-set endorses peer review, but considers a peer anyone who deems himself to be so.

Can the GOP Demonize Pelosi One More Time?