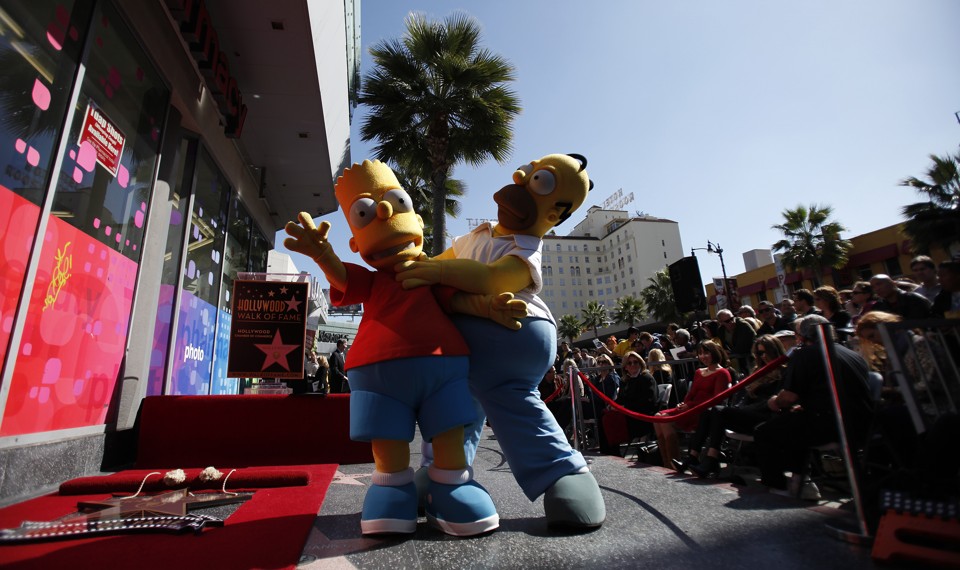 On Thursday at a conference sponsored by the American Conservative Union, Ben Domenech, the publisher of The Federalist, had an illuminating exchange with Senator Ted Cruz, the Texas Republican who once called Donald Trump “a pathological liar,” but has since lined up behind the billionaire who spread lies about his father, insulted the appearance of his wife, and nicknamed him “Lyin’ Ted.”

Domenech and Cruz attempted to understand U.S. politics through The Simpsons, the long-running cartoon comedy that anticipated a Donald Trump presidency in 2000.

Their focus was an episode of the show about the gun debate:

Ben Domenech: You’re a big fan of The Simpsons. I know you believe that they can tell us a lot about America. And I actually believe that you can learn a lot about deep policy by using The Simpsons as a starting point. For instance, when Homer and Lisa were having a conversation about gun rights in America—look it up, it’s in “The Cartridge Family” episode—Homer points out that guns are for things like protecting your family, hunting delicious animals, and making sure that the King of England never shows up to push you around.

Domenech: Lisa’s response to this is to say, …read more

An End to Gerrymandering in Ohio?