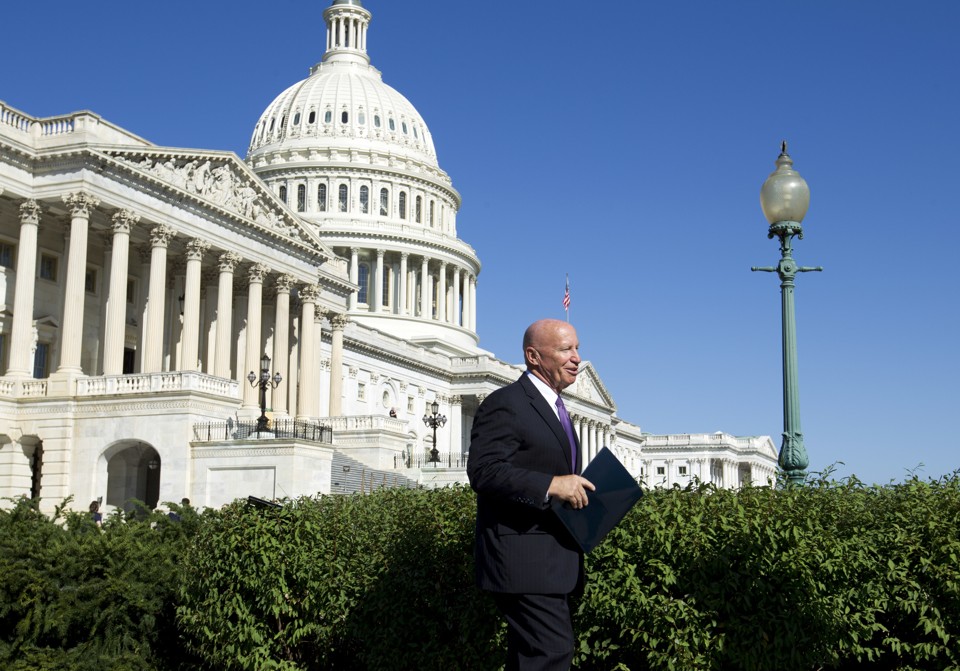 Republicans have been talking about their desire to cut taxes for so long it’s easy to forget they haven’t actually released legislation to do so.

That will likely change on Thursday, when House leaders plan to unveil a bill they’ve long promised would be the most far-reaching overhaul of the U.S. tax code in more than 30 years. The big reveal was initially pegged for Wednesday but was pushed back as Republicans struggle to put the finishing touches on an exceedingly complex piece of legislation. Its introduction will mark the start of an ambitious legislative timetable: President Trump said Tuesday he wants the House to pass its bill by Thanksgiving and that he wants the legislation on his desk by Christmas.

“There’s never been anything like this in the history of our country,” Trump promised. “It’s cuts and it’s relief and it’s also reform.”

Whether he gets his wish will depend on how lawmakers, industry lobbyists, and the public receive the details of a plan hashed out in secret, many of which will involve politically difficult tradeoffs designed to keep the cost of the GOP plan under $1.5 trillion. What Republicans have publicized about their proposal to this point have been the …read more

How Republicans Plan to Revive Earmarks By a Different Name