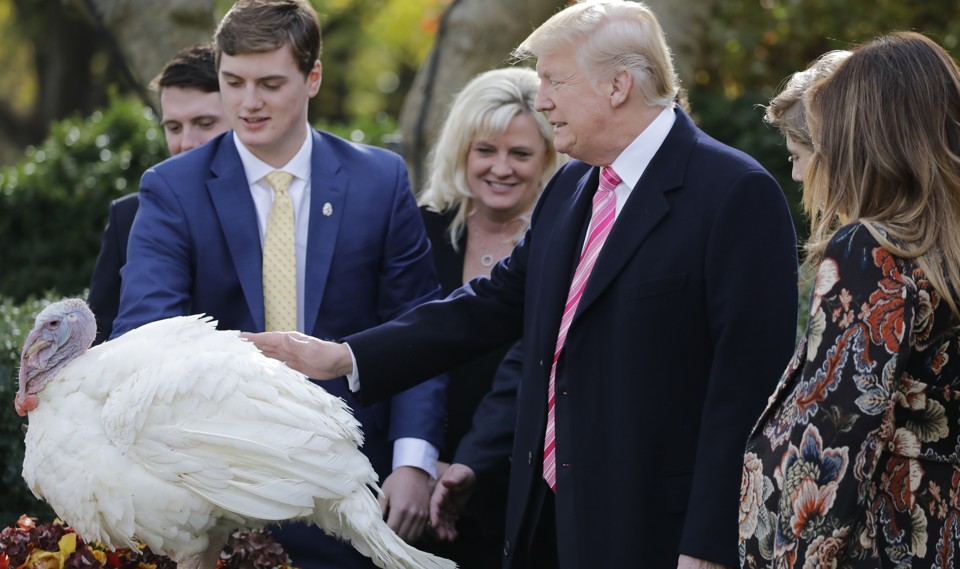 Of all the Thanksgiving anxieties—bad traffic, overcooked turkey, undercooked turkey, the aunt who tries to get creative with some gourmet cranberry relish when all you want is the familiar canned variety, dammit, her increasingly intoxicated and querulous husband, and so on—no fear seems to equal that of getting sucked into a political conversation.

Six in 10 Americans in a new NPR/PBS NewsHour poll said they dread political talk at the Thanksgiving table. Four in 10 say Trump is the most likely spark for a dinner-time fight, six times the nearest rival, according to SurveyMonkey. Journalists churn out piping hot “how to avoid political arguments with your family” takes this time of year like so many pumpkin pies. In 2012, Jon Lovett wrote a handy guide in these pages. (TL;DR change the subject shamelessly.) A year later, my colleague Conor Friedersdorf wrote a guide to how to argue if you must (TL;DR don’t be a jerk) but cautioned, “On Thanksgiving, it’s usually best if you don’t talk politics. The subject tends to aggravate people, and it’s very unlikely that anyone’s mind will be changed. So don’t do it.”

Why Would Russia Try to Foment Protests in the U.S.?

Trump Backs a Surge into Afghanistan He’s Unfit to Lead