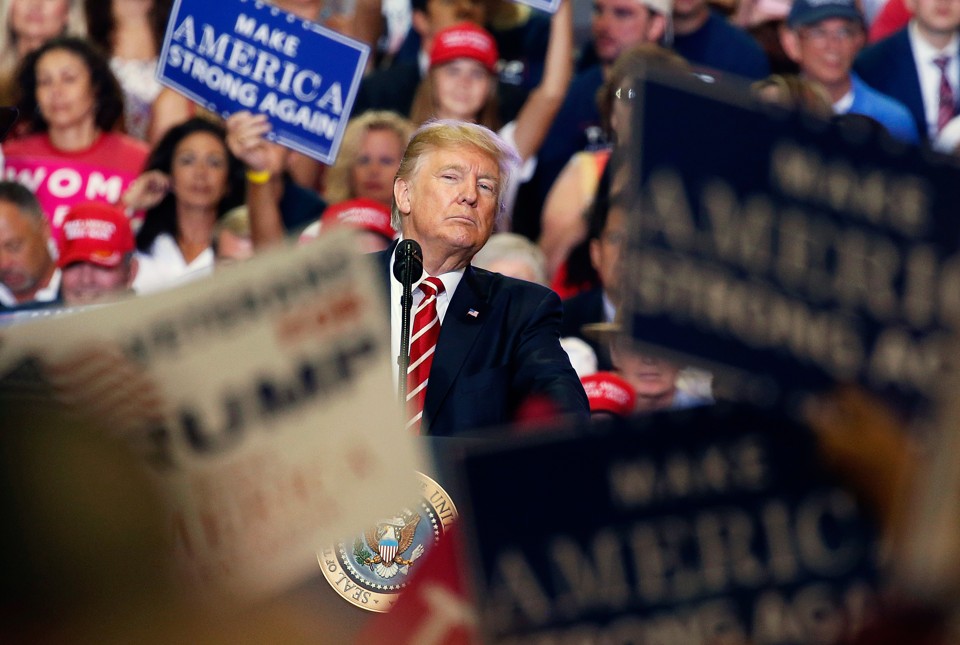 President Trump, whose surname became a byword for gilded opulence in the 1980s and 1990s, is reportedly leaning on his reelection campaign and the Republican National Committee to pay legal fees stemming from the Russia investigation.

Reuters reported on Tuesday that Trump’s legal team had received payments from both organizations, although it was not immediately clear how much has been disbursed. The payments are legal, the wire service noted, because Federal Election Commission regulations authorize using private campaign funds to pay for legal costs incurred “as a candidate or elected official.” They’re also not entirely unprecedented.

Trump’s campaign coffers are being filled through an aggressive fundraising operation. The president made the unprecedented decision to begin raising money for his reelection in 2020 soon after he won last November, far earlier than any of his predecessors in the modern campaign-finance era. Some of his email solicitations for donations have included thinly veiled references to the Russia investigation, usually by way of criticizing the media. In a July 19 fundraising pitch sent one week after Donald Trump Jr. disclosed a secret 2016 meeting with a Russian lawyer, Trump denounced the “fake news media” as “the real opposition.”

“Rather than working to fix …read more

ICE Is a Godsend for One Small Town in Texas

The Atlantic Politics & Policy Daily: (Not Quite a) Lambslide