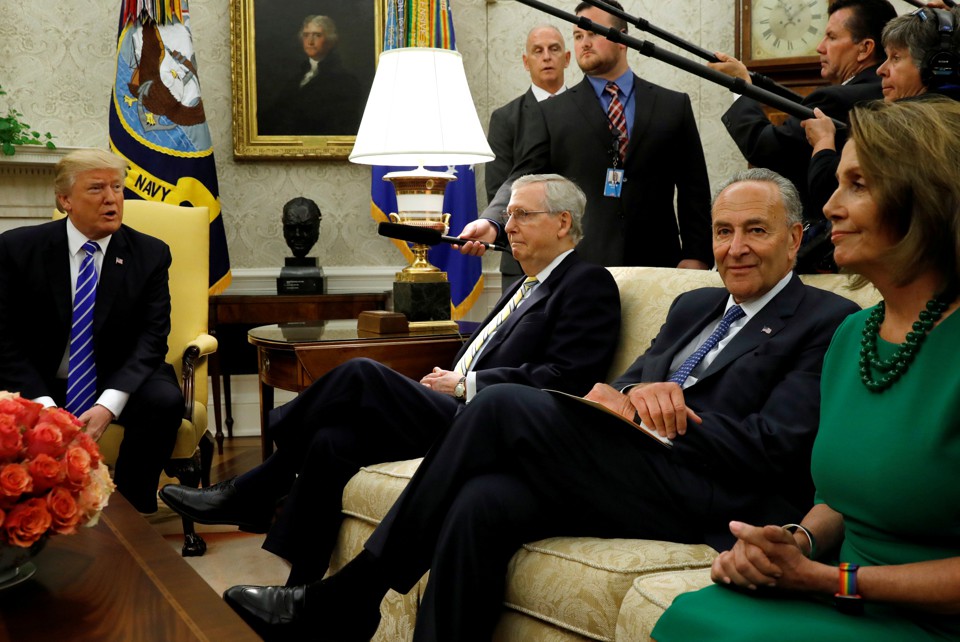 The debt ceiling is one of those classic Washington issues: Not many people understand it. (The concept isn’t complicated, just boring.) And most of the time, no one gives a flying frog about it—including Congress. (Pondering long-term debt tends to mess with members’ spending and/or tax-cutting plans.)

But every so often, the U.S. Treasury hits its congressionally set borrowing limit, compelling lawmakers to raise that limit lest the nation default on its obligations, which would send America’s credit rating down the toilet and potentially spark a global financial meltdown.

And just like that, the debt ceiling becomes Beyoncé-hot, with everyone and their grandma expressing passionately held views about what must be done about it. Or not done. Or done and then redone.

Currently, Congress is in one of those waiting-to-redo periods. Earlier this month, to Republicans’ dismay, Donald Trump hopped into bed with Hill Democrats, embracing a deal to extend the debt-ceiling a mere three months. This has set up lawmakers for a high-stakes, highly charged showdown come December—making the holiday season super exciting for members already jittery about next year’s midterms.

Even more ominous for Republicans, while kicking it with his new pals “Chuck and Nancy,” Trump …read more

Trump Wants to Censor the Media

Instead of Work Requirements, Why Not a Jobs Guarantee?